Why it is past time for a new “sexual revolution.”

The sexual revolution drastically reshaped our society. Sex, once viewed as an intimate act between a husband and wife, became an act that any and all could (even should) engage in, with cultural impunity, regardless of marital attachment. Many young people decided to “try before buying,” and the average number of sexual partners a person had prior to marriage skyrocketed.

Sexual revolutionaries accused marriage of being too restrictive and bordering on enslavement. After all, why limit one’s sexual expression to a monogamous relationship? There were too many fish in the sea to only swim with one.

While both men and women were promised newfound freedom, the sexual revolution’s leaders promised the greatest liberation to women. The advent of hormonal contraception promised women the freedom to have sex with multiple partners without fearing unwanted pregnancies.  For those who did find themselves pregnant, legalized abortion on demand ensured that the “mistake” could be taken care of.

Like any revolution, there were casualties left in the sexual revolution’s wake. Increased promiscuity led to marked increases in the number of out-of-wedlock births, single parent homes, people infected with sexually transmitted diseases, and abortions. People were getting married later in life than ever before and the demand for fertility treatments skyrocketed to help couples trying to start their families after their natural fertility diminished.

More than 40 years after these social and cultural changes, it seems that the ideals of the revolution are unquestionable in society. Free and open sex with whomever and however one desires is now an assumed right. Yet, ironically, there are signs that the revolution may have planted the seeds of its own destruction as our culture wrestles with the fallout of the #MeToo movement.

As the reports of women pressured to exchange sexual favors for career advancement increase, society has begun discussing “consent” in earnest. Media icons like Harvey Weinstein, whose actions appear to be clear cases of sexual assault, are spoken of in the same breath as actors like Aziz Ansari, someone accused of not paying attention to the cues of his partner before, during, and after a sexual encounter.

Progressive authors are now openly discussing the need for a new sexual revolution, one meant to liberate women and men from faulty ideas of consent. For example, a woman may say “yes” to sleeping with her partner, but that should not be construed as a “yes” to sex. She may say “yes” to sex, but that does not mean she consents to a specific way of engaging in sex, and so on. A number of these authors call for the acquisition of “explicit and enthusiastic” consent before and during sex. These authors point out that Hollywood rarely displays a couple talking to each other and asking questions before or during sex. Rather, it seems to be a passionate and erotic encounter born out of the “heat of the moment.” These depictions, they say, set people up for encounters that could be described as a lesser form of assault.

Within these articles, one finds a cry for intimacy. Women describe themselves in situations where their partner for the evening seemed incapable of perceiving their cues and unwilling to talk. Sexual release seemed to be “all he wanted.” Men describe feeling horrible after they discovered that they “misread” their partner’s cues. One such progressive author writing for Vox explained that, when his date invited him to share her bed that night, he assumed she wanted to have sex with him. He was wrong.

He writes, “That night, Julie and I hooked up — and I ignored several of her verbal and nonverbal cues telling me to stop. Years later, I have come to believe that I came alarmingly close to raping her. I’m still disturbed by how normal it felt at the time.”

As a pro abundant life person, my heart breaks for these authors and I understand their cries for intimacy. What I don’t understand is why they think that intimacy was ever a goal of the sexual revolution.

You see, if sex is nothing more than a biological urge that should be fed, like eating or drinking, then it really does not matter a whole lot where or how you feed it. If you released your tension, you’re good to go.  If, however, sex is an experience created to form deep emotional bonds between two individuals, a simultaneous physical and emotional activity, then one should not be surprised that it can be extremely volatile. If, as the sexual revolution declared, we are supposed to “experiment” with sex and sexual partners, learning what and whom we like and dislike, then bad experiences are not a “bug” but part of the programming. Yes, sexual partners should be in “tune” to nonverbal cues regarding consent and participation in sex, but no two people’s nonverbal cues will be exactly alike. How is it rational to expect that two strangers, “hooking up” after a night of partying and drinking, will be in tune to anything other than physical urges and desires?

Intimacy comes from the security of a committed relationship coupled with the vulnerability of entrusting oneself totally to another, withholding nothing from the relationship. Such intimacy only survives in exclusivity. Monogamy may sound “backwards” and “stifling,” but a landmark study by the University of Chicago indicated that the most sexually satisfied people are those who are married to one another.

As the prophet wrote, we have “sowed the wind and reaped the whirlwind.” The sexual revolution promised liberation, but instead brought enslavement. Women and men have all the sex they could want, but can’t escape the regret and the gaping lack of intimacy that the “hookup” lifestyle brings. For those trapped in such a mindset, there is still a way to get the intimacy back. All it takes is the courage to commit to one person, the conviction to renounce all others, and the selflessness to lay oneself down for the other.

In short, all it takes is love. 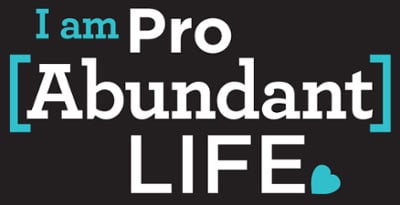