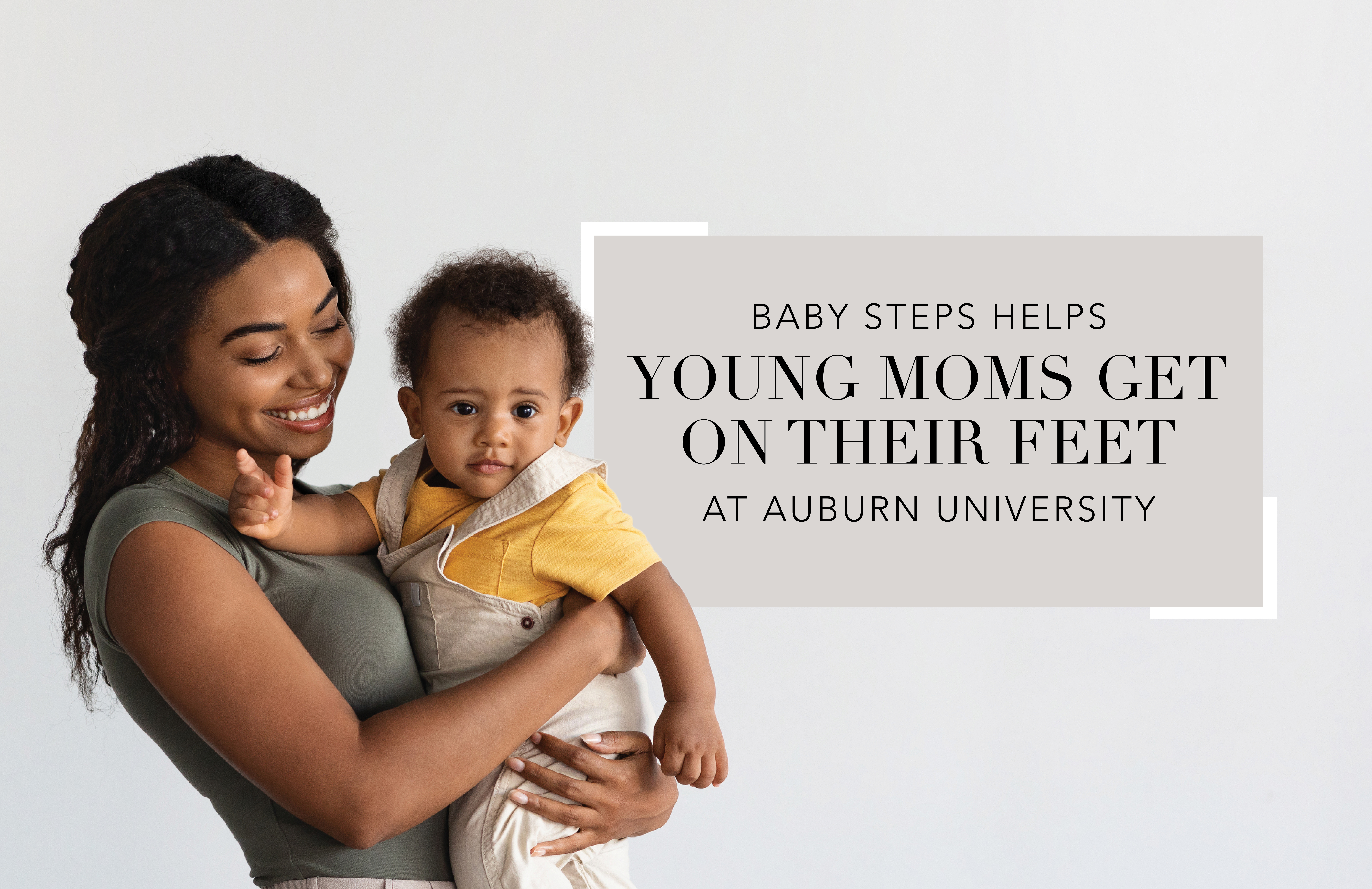 Kaitlyn Willing is the director of operations at Baby Steps, a non-profit organization that provides housing, resources, and community to pregnant and parenting college students. Located within walking distance of Auburn University, Baby Steps is fulfilling its mission of helping women faced with unplanned pregnancies have their babies and earn their degrees.

Willing knows firsthand about the fear, stress, and lack of support that comes with being a young mom and a college student. In her junior year at Auburn, she became pregnant unexpectedly. In a recent interview with CBN, Willing called it “one of the most trying times in my life.”

Pregnant in College: Helping Young Moms Get On Their Feet

“I didn’t know if I could stay in school and finish my degree,” she said.

Willing did stay in school, raise her baby, and earn a degree in human development and family studies. Her daunting experience and empathy became instrumental in the launch of Baby Steps in 2017. That’s when she met Michelle Schultz, who had faced similar anxiety and fear as a pregnant Auburn student decades earlier. However, at that time, Schultz felt that finishing her degree and having her baby was impossible. She had an abortion.

Schultz and her boyfriend, who later married, looked back on the decision with regret as the years passed.

“They realized how a seemingly small decision impacted their life and the lives of others in immense ways,” states the organization’s website. “After much healing, they began sharing their story. Their eyes were opened to an overlooked, isolated population of people in desperate need of support.”

Today, Schultz is the founder and executive director of Baby Steps. And the overlooked population of college students she serves is a significant one. The Baby Steps staff reports that over 3 million undergraduate students are mothers and 43 percent are single mothers.

“It is estimated that 12-23% of college students are involved in or experience an unplanned pregnancy. According to these statistics, it should be much more common to see pregnant students walking their campuses. Why is this not the case?”

In an interview with The Ethics and Religious Liberty Commission of the Southern Baptist Convention, the staff of Baby Steps explained why there are not more pregnant students on campus.

“Judgment and stigma leave them feeling isolated and unsupported with no safe place to turn. They do not believe they can have both their baby and their education. We are here to change that culture on college campuses. Baby Steps is the safe place where student-moms are not defined by their circumstances but are empowered to thrive in all areas of their lives, especially as students and mothers.”

Thankfully, for Auburn students, there is a safe place to turn.

Baby Steps, which is not affiliated with the university, provides the resources needed to help moms graduate, including housing, professional counseling, groceries, diapers and wipes, tutoring, academic advising, access to baby supplies, and support groups.

Baby Steps does not provide medical care or pregnancy decision counseling; Student-moms that reach out to the organization for help typically have already decided that they want to parent their baby and stay in school.

“We've helped 18 students graduate; walk across that stage whether they're still pregnant or have a little one in tow," Willing told CBN. “It's just been a beautiful thing. We’ve served 85 student moms in some capacity since opening our doors in 2017. And we have had eight girls live in [the Baby Steps] home and finish their degree.”

One of those moms expressed thanks to Baby Steps for providing “a place where I felt supported, loved, and understood. I truly could not have done it without them.”

“Baby Steps allowed me to raise my daughter in a peaceful and stable environment. I didn’t have to worry about how I was going to afford rent, bills, and daycare while going to school full-time. They gave me the ability to focus on school so that I could build the future my daughter and I deserve.”

In the near future, Baby Steps is looking to branch out to other colleges. In academia today, the pro-abortion narrative tends to be dominant and there seems to be little tolerance for a pro-life point of view or respect for life. It’s refreshing and hopeful to see women like Kaitlyn Willing and Michelle Schultz lead an organization that is breaking down stigmas and providing resources and a much-needed oasis to women facing unplanned pregnancies. One baby step at a time.