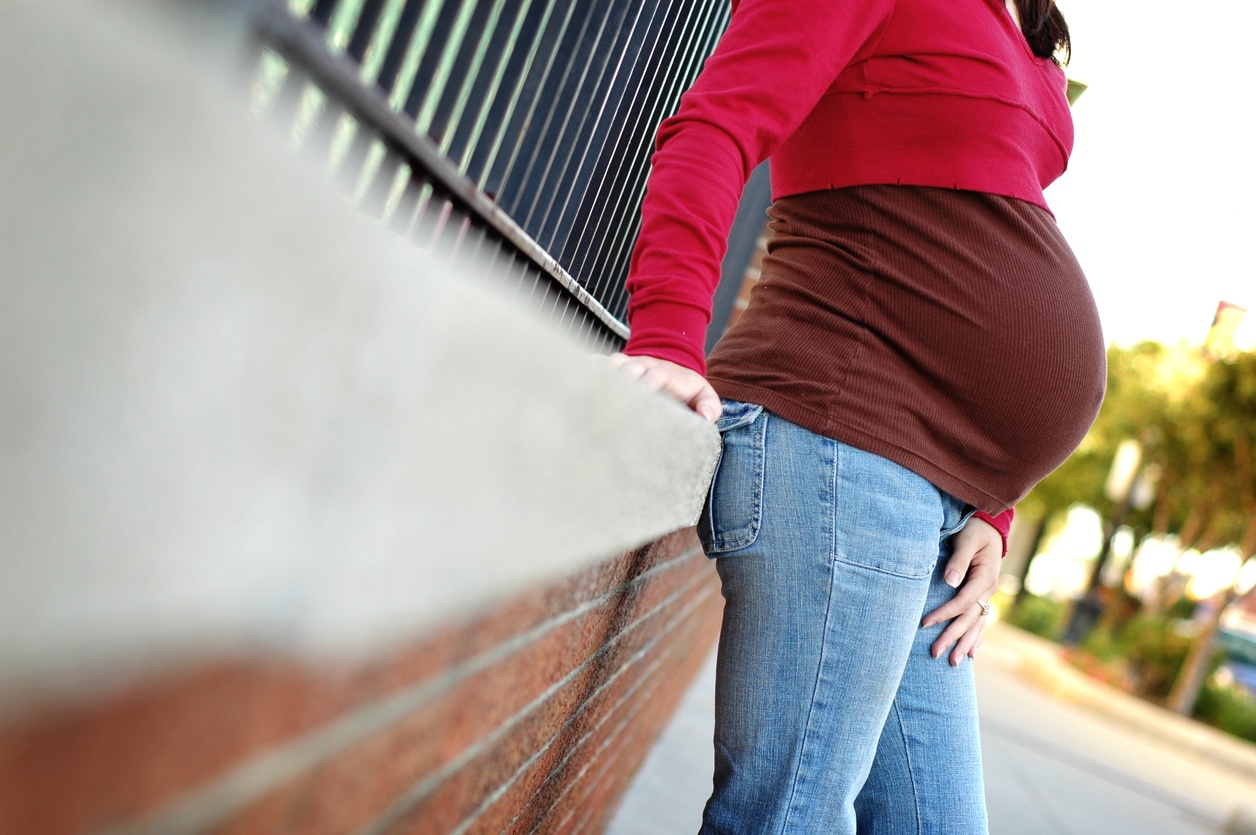 How Should Christian Schools Respond to Unwed Pregnancy?

One of the most powerful stories in the New Testament tells us how Heritage Christian Academy should have responded to Maddi Runkles' pregnancy.

By now, you have probably heard the story of Maddi Runkles, the young woman barred from her Christian High School graduation due to her unwed pregnancy. The New York Times, The Blaze, NBC News, CBS News, Life News, and other media outlets have all picked up the story. Such widespread coverage should not be surprising – the story seemed tailor-made to stir up controversy.  Give a reporter a story about a pro-life Christian private school punishing a young woman who broke the honor code but chose life in the process, and the headlines write themselves.

The story has been used by many to highlight what they see as the “hypocrisy” of the pro-life movement. If Maddi had chosen abortion, her sin would have never been found out. By doing the right thing and keeping her baby, she put her academic career in jeopardy. Others have risen to the defense of Heritage Academy, pointing out that she knowingly violated the student honor code by having sex outside of a marriage covenant. For the school’s allies, the fact that the school allowed her to finish her senior year and did not expel her was “mercy enough.”

As a pro abundant life person, this story strikes close to home. I have grown up in the church my entire life and graduated from a conservative Christian college with a student honor code like that of Heritage Academy. I have seen the research showing that four out of ten women who have an abortion were attending church once a month or more at the time of their abortion. Since coming to Care Net, I have heard the stories from women who considered abortion because they wanted to avoid the shame their unwed pregnancy would bring. I have written of these issues in past posts like The Question Churches Can No Longer Ignore and more recently, How Would Christ Respond to Unwed and Unplanned Pregnancy? When I first read Maddi’s story, I struggled because I know both sides of this debate so very well. As I read the many comments on Care Net’s Facebook page when we shared the New York Times piece, I read in them my own conflicting thoughts and feelings.

What lessons can we in the pro-life movement learn from this difficult situation?

I believe that Heritage Academy’s actions, while understandable, are not how Christians should respond to unwed teen pregnancy. I believe that Christ’s example provides a different response that both affirms the presence of sin, but embodies His grace. I am convinced that the church is not the place where sin is punished but where sinners come face to face with the grace and compassion of Christ. Before I explain, let me make clear what I am not saying.

I am not saying that fornication is not a sin. Countless verses in the Old and New Testaments emphatically declare the sinfulness of sex outside of marriage. Sins like fornication are what my sinless Savior bled and died to redeem us from. His sacrifice is too great to belittle by making light of sin. I think it is important to note that Maddi publicly acknowledged her actions as sin. She told her classmates what she had done and did not claim her actions were moral. The question is not whether Maddi sinned by having sex before marriage. The question is, how should her Christian school have responded to that sin?

I believe we find that answer in one of the most powerful stories from the New Testament.

At the beginning of Jesus Christ’s ministry on earth, he chose twelve men to become His disciples. These were to be the ones to take His message “into all the world” after he was done. Of the twelve, three were closest to Him. Peter, James, and John were entrusted with witnessing His transfiguration on the Mount of Olives and given special honor among the twelve. As the time drew near for Christ’s crucifixion, He honored Peter above the rest and made it clear that he would lead this group of men. I think it is fair to compare Christ’s work with these men to what Heritage Academy and other Christian private schools seek to do in the lives of their students. He discipled them, taught them the Scriptures, and showed them how to love and serve their neighbors.

You could almost say that Peter and the gang were enrolled in “The Jesus Academy” for three years.

Then something shocking happened. The night that Jesus was betrayed by one of His own followers, Judas Iscariot, Peter betrayed Him as well. While Jesus was being taunted by soldiers and prepped for a phony trial, Peter was asked if he too was a follower of Jesus. His response? “I don’t know the man!” Peter was asked this question three times that night. Each time, he more passionately denied Christ and even cursed at one point. As Care Net President and CEO Roland Warren noted, Peter “aborted Christ” in this moment. Faced with opposition and difficulty, he denied the one who is the Way, the Truth, and the Life.

So much for his role as leader of the Apostles.

As the morning dawned, Peter ran away weeping at the horror and shame of what he had done. He did not just sin, he denied his Savior with curses and oaths three times.

Now fast forward to after the resurrection. Peter is back to doing what he had been doing before being enrolled in “The Jesus Academy.” He is in a boat fishing.  In a way, he has expelled himself from the ministry Christ had taught him. Despite an entire night on the waves, he and several of the other disciples have caught nothing. As the sun rises, a lone figure on the shore invites them to throw the net on the other side of the boat. As laughable a suggestion as it is, they try it. To their astonishment, they haul in an enormous catch of fish. Peter realizes that the man on the shore must be Jesus, so he jumps into the water and swims to shore. What happens next forever changes biblical history.

Christ invites Peter and the others to sit and eat some breakfast.

Instead, Jesus asks Peter, “Do you love me more than these fish?” Peter answers, “Lord, you know that I love you.” Now, in Greek, there are different words for different kinds of love. When Jesus asked, “Do you love me?” He used the word agape which meant unconditional love. It was the highest form of love. When Peter answered, he used phileo which meant the kind of love one has for a brother. Peter was reminding Jesus, “You know my love for you is conditional. I already proved that by denying you three times. My love is not perfect.” What Jesus said next is remarkable. “Go and feed my sheep.”

In front of the other apostles, Jesus restored Peter to leadership. He never denied Peter’s sin, but he saw his repentance and provided grace instead of punishment.

I can’t help but see how Heritage Academy missed the opportunity to do the same. Maddi had already confessed her actions as sinful. Prohibiting her from walking in the school’s graduation does nothing to make her more holy or another student less likely to have sex before marriage. When closely examined, the school’s actions seem to do little more than satisfy an all-too-human need for justice on God’s behalf on the sins of another. A “she did the crime so she must pay the time” sort of Christianity.

It also seems clear that Heritage Academy wished to make an example of Maddi. By refusing to allow her the honor of walking in her graduation ceremony, they warn any future students against committing a similar sin. The problem is, punishing her in this way does not serve as a warning against premarital sex, but rather against getting pregnant while having premarital sex. Any young man at Heritage knows that unless his girlfriend turns him in, he will not be discovered after violating this rule. Young women know that if they use contraception (and if it is effective) that they will not be discovered either. Moreover, any desire to “make an example” of Maddi fails to live up to the example of Christ. The only example Christ makes of Peter after His rebellion is one of Grace. Christ restored Peter in front of the other disciples; the school missed an opportunity to do the same.

Some would probably respond here and say, “But Ardee, what about the need for the church to enact discipline when there is clear sin? Isn’t that what Paul commands in First Corinthians?” While it is true that the Apostle Paul wrote of the need for “church discipline” in First Corinthians, he was writing of a church where someone was in clear and obvious sin and refusing to acknowledge it as sin. The “discipline” he prescribed was to help restore the sinner to right communion with God and the church, not punish him. When the church seeks to “punish sin,” it no longer takes on the restorative role of Christ who does not treat us as our sins deserve but offers us grace and mercy instead. If it was the job of the church to punish sin, then Christ’s Sermon on the Mount makes it clear that every person who gets angry or lustfully desires another should be punished.

Moreover, even if it were proper for the church or Christian school to punish the sin of sex before marriage, this rule would never be able to be fairly applied. While fornication always involves two people, the only person who can easily be found out is a woman who gets pregnant. I doubt that Maddi was the only member of her school to violate the honor code in this manner. Care Net’s pregnancy centers consistently hear from women who look to Planned Parenthood as the way of avoiding the shame and ridicule that comes from unwed pregnancy. Planned Parenthood and her allies use stories like Maddi’s to convince Christian women that it is far better to have the abortion than for their church to find out they committed fornication. “You don’t want to be expelled, do you? No one will know and everything will be back to normal.”

“But Ardee, are you suggesting the school should just allow students to sin?” No. What I am suggesting is that Christians who proclaim the truth that all human life begins at conception and is worthy of our protection should not take actions that make life-denying decisions more likely and that fail to line up to the example of Christ.

I understand the sincerity of Heritage Academy’s leadership and I do not doubt their commitment to Christ. My hope though, is that this story helps us as pro-life Christians to do a better job restoring the fellow “Peters” of our congregations and schools rather than punishing them when they fall. After all, it is what Christ has done and continues to do for us.