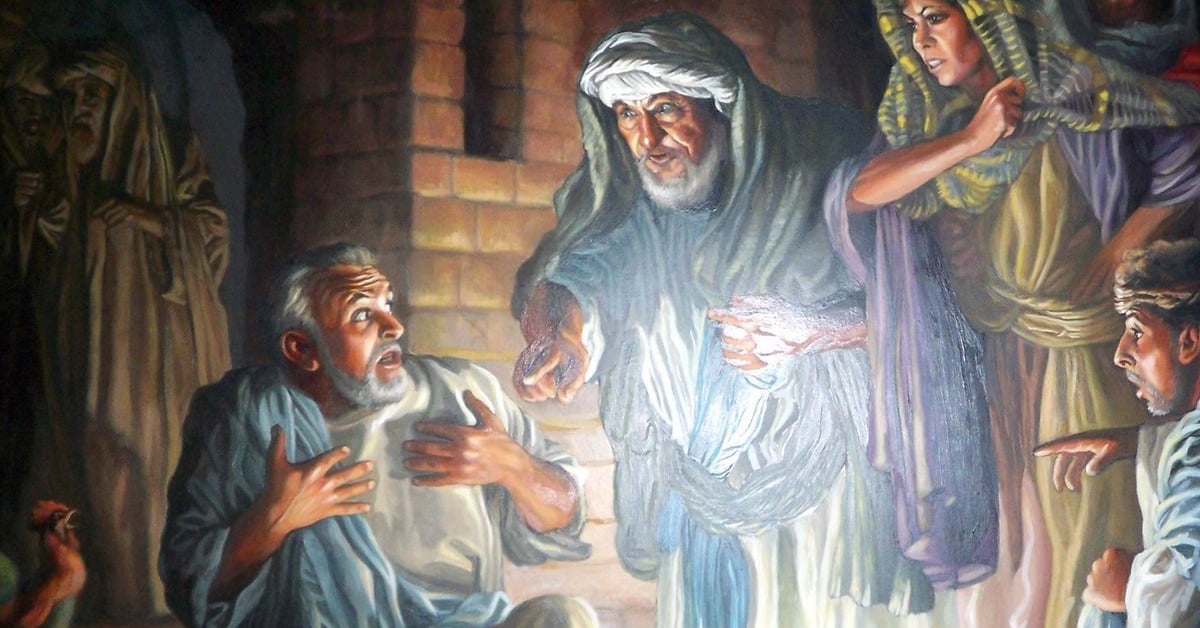 Peter knew Jesus was not just a life, but also the Way, the Truth, and the Life. But at that moment, Jesus was a life worth sacrificing.

As one who is against abortion, I often have difficulty understanding why someone would make the decision to end a baby’s life. The realities of what science reveals about life are on our side. For example, at conception, a unique individual comes into existence. Their hair and eye color, and to some extent, personality and intelligence are established. Also, we know that a baby’s heartbeat starts at just 22 days after fertilization.  Moreover, we have the wonder of the ultrasound, the modern window into the womb, which clearly shows that there is life growing inside of a pregnant woman.

Yet, knowing this and seeing this, many folks just don’t get it.  And, of course, when they don’t, we diligently double down on presenting more compelling information. Indeed, we believe that if they could just see the truth that the baby is a life, there is no way that they could sacrifice the little one.  In short, we are convinced that seeing what is true will lead them to doing what is right.

Well, as I was pondering this dilemma recently I was reminded of another life and death situation that is certainly instructive for us: the Apostle Peter’s denial of Jesus Christ.

No doubt, Peter had been one of Jesus’ earliest and most committed followers. In fact, he was part of a select inner circle, along with James and John, who experienced things that the other disciples didn’t. Moreover, he displayed moments of remarkable faith, such as when he left the safety of a boat in the midst of a storm to walk on water to reach Jesus. But, most importantly, in Matthew 16:16, he answered rightly when Jesus asked Peter who he believed he was. Without hesitation, Peter responded, “You are the Messiah, the Son of the living God.” Then Jesus bestowed the highest compliment on Peter; Jesus promised to build his church on the kind of rock solid faith that Peter demonstrated.

Despite all this, in Matthew 26:69-75, after Jesus has been arrested, we find Peter sitting around a fire warming himself as Jesus is being interrogated. He had followed Jesus at a distance because he did not want to be exposed. But, he was. A servant girl noticed him and accused him of being one of Jesus’s followers.  Peter firmly denies it.  Then, when Peter was heading out of the city gateway, another servant girl saw him and said that he was with Jesus. Peter denies it again. Then, a little while later, a group approached Peter and they attested that surely he was a follower of Jesus. For a third time, this time with a curse, Peter denies it. Then, when a rooster crowed, Jesus looked straight at Peter. Their eyes locked. And Peter was reminded of Jesus’ words, “Before the rooster crows, you will disown me three times.”

You see, abortion, at its essence, is not just a physical act. It’s a reflection of a worldview that is as old as sin. That’s why I have always considered Eve and Adam’s first sin to be the first “abortion.” Indeed, Eve, with a silent Adam complicit at her side, essentially declared, “My Body, My Choice!” as she tasted sin and then passed the fruit to her husband to consume. With the juice of the fruit still moist on their lips, they declared in unison to the Creator of life, “I know what is better for my life and for my future than you do!” With this act, despite having an intimacy with God that no one had until Peter and the other disciples walked with Jesus, Eve and Adam rejected their relationship with God, despite knowing the truth of who He was.

Peter, as he sat by the fire, knew who Jesus was too. He knew Jesus was not just a life, but also the Way, the Truth, and the Life. But at that moment, Jesus was a life worth sacrificing.

First, Peter was afraid; the circumstances surely made him so. Peter knew well that Jesus faced a situation that would change his life. If Peter were exposed as a follower, his life would be changed too.  Undoubtedly, he still held a deeply embedded notion that Jesus was going to be a warrior King, not a suffering King. As a key follower of Jesus, he desired to share in the temporal victory that Jesus would triumphantly usher in.  Peter had hopes and dreams for his life and his life with Jesus, but he was not willing to sacrifice of his own life by acknowledging Jesus’ life.

Second, Peter was alone. Just imagine if Peter, a man who had demonstrated considerable boldness and courage, even drawing his sword to protect Jesus when he was arrested, was at the fire with his 11 brothers in Christ. Proverbs 11:14 declares that “in the abundance of counselors there is safety.” And there is courage too. On the other hand, when one is isolated and alone, especially when one is afraid, it is much easier to deny what one knows to be true.

Over the years, I have spoken to countless women and men who have aborted their little ones. Not surprisingly, when they recount their stories, they have much in common with Peter’s dilemma. Despite the pro-choice messaging that often declares that the life in the womb is just a “glob of cells,” they didn’t really believe this when they had their abortions. They knew that the baby was a life. But the baby was a life worth sacrificing because to them, at the time, the circumstances of their pregnancy made it so.  Moreover, especially in the case of the women, they were often alone.  Sadly, the pro-choice rhetoric “My Body, My Choice” worked. Often, the women retreated into isolation.  And the men, like Adam, remained silent because they were not encouraged to understand that although it was legally her choice, it was still his responsibility morally. Indeed, like Adam, these men will have to live with the consequences of their inaction.

That said, it’s instructive for us all that when Jesus restored Peter, his apologetic was not, “Am I a life?” It was, “Am I the love of your life.”  You see, Jesus did not just seek to appeal to reason. He appealed to a covenant relationship that is very similar to that which parents should and must have with their children, especially in the womb.  Moreover, Jesus’ words were anchored in the Greatest Commandment — to love your neighbor as yourself.  Of course, Peter was tutored well enough by the story of the Good Samaritan to know that your neighbor is the one who is the most vulnerable and at risk. Indeed, once restored, Peter never aborted Jesus again. In fact, he steadfastly fulfilled the Great Commission and sacrificed his life, even to a cross, to make disciples for Jesus Christ.

In Peter’s story and example lie the hope and the model for us as we lovingly reach out to those who are still like we all once were until, by God’s grace, our eyes were opened. Yes, we must appeal to reason because God is a God of reason. But, as restorers like Jesus, we must also appeal to relationships — most importantly the covenant relationship between parents and the baby that is a blessing from above. For we too, like Peter, were once deniers of the Way, the Truth and the Life…until we weren’t.