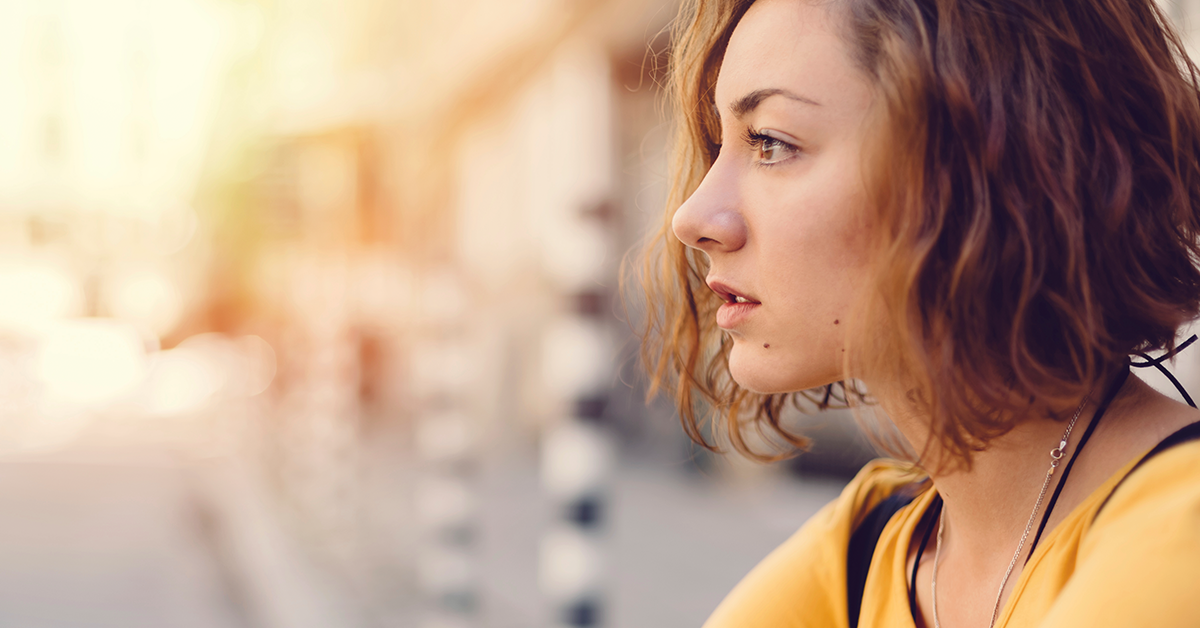 I was 14 years old when I found out that I was pregnant. I knew that if I told my mom, she would be extremely mad at me, so I decided not to tell her. Then I got a bad ear infection and I had to be taken to the emergency room. They did a blood test, which revealed that I was pregnant. My mother was angry, partly because of my bad decisions, but also because I hadn’t told her the truth. Immediately, she told me that I was going to have an abortion. I know she just wanted the best for me. She was 15 when I was born, and she told me she did not want me to go through the things that she did, so I did not question her decision.

My mom took me to an abortion clinic. They did not ask questions; they just told us how to schedule an appointment and how much it would cost. A little intimidated by the price, my mom thought we should look around. She had seen another advertisement for a local Care Net center called Pregnancy Help Center of Concho Valley listed in the phone book under abortion alternatives. She thought maybe this place could help us find another abortion clinic that would be less expensive.

As we drove up to the center, no lights were on, but there were cars in the parking lot. My mother left me and my dad in the car and went up to the door. My mom talked to one of the women inside, asking them if they did abortions or where she could find another abortion clinic.

After some time, my mom came back to the car with a bunch of brochures. She told us that the woman wanted to talk to me as well, but my mom thought that it was not good idea. My mom called and made an appointment for me at another abortion clinic.

The ride home was pretty tense. My mom seemed really upset. She turned on the radio really loud. The craziest thing was that every station she turned it to was playing Christian music. This seemed to make her even more upset.

A few days later, my mom took me to the abortion clinic and paid the $470 fee for the abortion. She was not allowed to come to the back room with me, so I walked through the doors with strangers. I felt scared and completely alone. They did a quick orientation to tell me what they were going to do and then did an ultrasound. They kept the machine turned away so I could not see what was on the screen. Then the doctor came in. He had a long beard and long gray hair, just like someone from ZZ Top. But before they started the procedure, one of the women from the clinic came in, spoke with the doctor, and then instructed me to put my clothes back on. They told me that the ultrasound had showed that I was five months along, further than they originially thought, and that they would need more money to perform the necessary procedure.

When I got back to the waiting room, I told my mom what had happened. She went up to the registration desk to talk to someone, but a few seconds later she turned around and told me that we were leaving and that I could not have an abortion. I was so relieved! She did not get her money back; she just grabbed my hand and we left. She kept telling me how sorry she was. Later she told me that she had seen my ultrasound picture in my file on the desk. She had heard the words of one of the women for the Pregnancy Help Center telling her that God was in control, and she knew we could not go through with it.

Later, I began to realize that I was only three and a half months along, not five. I knew that God was in control and that He had intervened. If He had not allowed them to count the months wrong, I would have stayed on that abortion table, and my mom would never have seen that ultrasound picture.

The following week we went back to the Pregnancy Help Center to thank them for their love and their prayers. They told us they had been praying for us the whole time. They were anxious to help us in any way they could. They offered maternity clothes, a crib and clothes for the baby, and lots of referrals to other local agencies. I am so thankful for everything they did for us.

On January 7, 2007, I gave birth to Damien Rose. He was two months premature and weighed only two pounds at birth. But God saw us through it, and today, he is six months old and completely healthy, receiving all of the love and attention that God had planned for his life.

Your prayers and support are critical to reaching mothers and fathers with hope and encouragement to CHOOSE LIFE! Won't you help support this vital work?