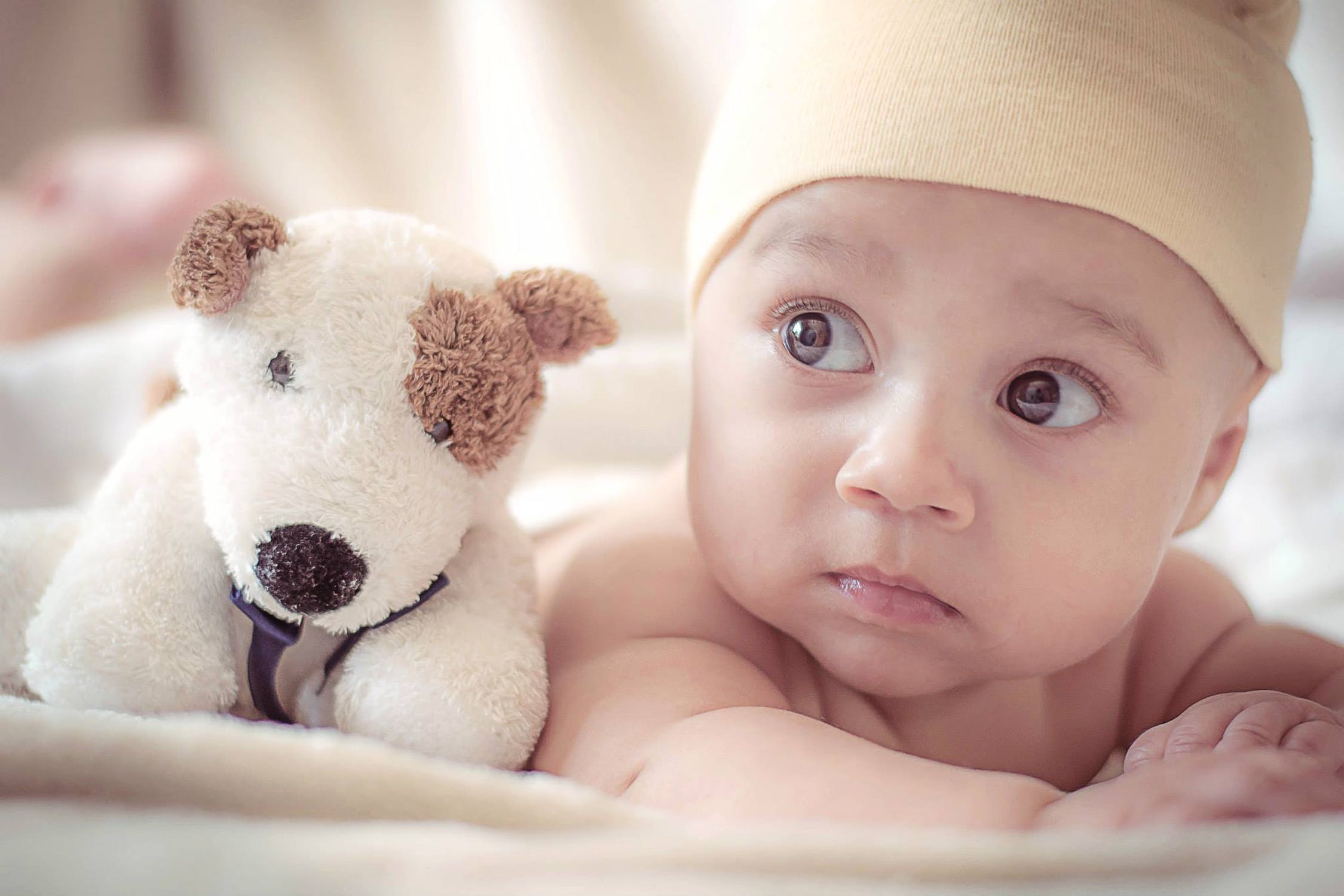 Do pregnancy centers use false advertising, lie to their clients about the health risks of abortion, and coerce them into a pregnancy decision? Discover the truth about pregnancy centers and what NARAL is trying to hide with their latest report.

There are some things in life you can just count on. Every year there will be a new iPhone, another Marvel superhero movie that everyone is talking about, and some new social networking app that “everyone has to try!”

As a pro abundant life person, I have also come to expect a report from abortion activists about how bad pro-life pregnancy centers are and why they are “destroying the lives of countless women.” Each year, like clockwork, abortion’s defenders release “research” to this effect. Recently, the latest such report came from NARAL’s End the Lies initiative designed to expose the “truth” about Crisis Pregnancy Centers, like the 1,100 affiliated centers in Care Net’s network.

So, just how much “truth” is to be found in NARAL’s report? About as much as one would expect to find  on Twitter.

The 19-page report features three principal accusations that, if true, would rightly condemn pregnancy centers and their work as “anti-woman,” “coercive,” and unloving. It states that:

While such accusations are great fundraising slogans for NARAL, they are easily shown to be false.

Reality: Before a pregnancy center can affiliate with Care Net, it must agree to our standards of affiliation (you can access these here). One of these standards is that the “pregnancy center does not perform or refer for abortion and provides a written disclaimer to this effect to clients requesting services.” When a client calls Care Net’s Pregnancy Decision Line, the only national hotline that provides real-time pregnancy decision coaching, they are immediately told that their pregnancy coach does not refer for abortion. Moreover, Care Net affiliate websites must feature the same disclaimer as well.

Care Net affiliated centers also agree to adopt “policies and procedures to ensure that all abortion education is presented in a caring and compassionate manner with due respect for the emotional sensibilities and desires of each client.” Deception is hardly “caring” or “compassionate.”

So then, NARAL’s report is clearly wrong, right? Well, yes and no. You see, NARAL’s report accuses pregnancy centers of deceiving clients by saying they support a client’s “choice,” even though they don’t provide or refer for abortions.  If a center does not provide or refer for abortions, it is “anti-choice” in NARAL’s report and thus its ads are “deceptive.” Based on this extremely limited standard of what qualifies as empowering a client’s choice, few pregnancy centers would escape criticism. NARAL’s misdirection is key here. They have defined the terms precisely so that every pro-life pregnancy center can be labeled “fake.” This would be like Burger King saying that Chick-Fil-A is a “fake fast-food restaurant” because they sell chicken, not hamburgers.

NARAL’s position here is rather ironic considering that Planned Parenthood, the nation’s largest abortion provider and close ally of NARAL, markets itself as “pro-choice,” but only really provides one choice for pregnant clients: abortion. According to its most recent annual report, Planned Parenthood performed 41 abortions for every instance of “prenatal services” and 83 abortions for every adoption referral. Unless there are 41 times as many women wanting abortion as wanting prenatal services, then it seems Planned Parenthood’s focus is on preventing children from being conceived and, once conceived, stopping them from reaching the point of birth.

If Planned Parenthood were really concerned with empowering any pregnancy decision, where are the programs and resources to aid clients with parenting, relationship support, or job training? Most Planned Parenthoods are located in low-income areas. Why doesn’t Planned Parenthood provide these moms and dads with baby supplies like diapers, bottles, and car seats?  If you look at your local Planned Parenthood you would be hard pressed to find any of these resources available.  Many Care Net affiliates do provide these and other services to their clients, free of charge. (in fact, Care Net-affiliated pregnancy centers provided over $113 million in material, emotional, medial, and educational support, for free, to clients in the last two years)

So then, it seems that the nation’s largest abortion provider is not “pro-choice” at all.

Claim: Pregnancy Centers lie to women about the risks of abortion

Reality: This claim is repeated ad nauseum by pro-choice activists. Pro-life staff “lie” to women by saying that abortion is a risk factor for breast cancer or negative emotional and psychological effects. Care Net’s primary resource for pregnancy centers, Before You Decide Magazine, has over 300 citations backing up every claim it makes regarding the physical and emotional implications of carrying a child to term or abortion. As we have published before, there is increasing scientific evidence that abortion is a risk factor for breast cancer (this does not mean that someone who has abortion will develop cancer, but it means that there is a greater risk of breast cancer if a woman has an abortion).

In 2014, a meta-analysis published in the international journal Cancer Causes and Control by Yubei Huang et. al of the Tianjin Medical University reached a similar conclusion. Huang examined 36 studies in China and found a 44% average increased risk of breast cancer among women with abortion histories. This risk increased to 76% for those with two abortions and 79% for three.

So, despite what NARAL wants us to believe, there is ample scientific evidence to cause us to say that abortion is a risk factor for breast cancer. Moreover, if we believe women should be given the best available data so they can come to an informed decision, it would be irresponsible to not share this research and its findings with clients – something that Planned Parenthood refuses to do.

What about abortion and negative emotional or psychological effects? Is there any evidence of that? Yes. In fact, according to the APA study cited by pro-choice activists to say there is no greater risk of mental health problems following abortion,  a full 21% to 28% of post-abortive women feel harmed by their abortion within two years.

That means if there are a million abortions in a year, more than 200,000 women will end up regretting their decision within two years.

Dr. Priscilla Coleman, a professor of human development and family studies, published a study in the August 2011 edition of the British Journal of Psychiatry. Her study concluded that “women who had undergone abortion experienced an 81% increased risk of mental health problems.”

Once again, if pregnancy centers refused to share this research with their clients, they would be denying them their right to make an informed decision based on all the best available data and research.

As we can see, pregnancy centers are not deceiving women at all in these matters. In fact, it is NARAL’s report that engages in deception by repeating the pro-choice claim that a “first-trimester abortion is safer than carrying a child to term.” Such claims have been repeatedly proven false as they rely on comparing the maternal mortality rate and abortion mortality rate which, according to the CDC are “measures [that] are conceptually different and are used by CDC for different health purposes.”

Reality: Let’s imagine for a minute that this is correct. Care Net affiliated centers have served more than one million clients in the last nine years. Despite this large number of clients, our client satisfaction rating is approximately 97%. To put that satisfaction rating in perspective, it is higher than Netflix or the iPhone’s customer satisfaction rating. So, if we were in fact coercing women into doing something they never wanted to do in the first place, would they be leaving great reviews of their time at our centers? Of course not. They would be telling all of their friends how horrible the staff were and leaving scathing reviews online.

Even NARAL’s allies have been forced to concede that our clients leave great reviews of our services. The most recent pro-choice tactic has been to encourage activists to leave fake reviews on pregnancy center websites and through services like Yelp. Many of these activists have never stepped foot into one of our affiliated centers. The only reason they feel the need to leave fake bad reviews is because the real ones are positive. Talk about deceptive!

So then, each of NARAL’s claims prove to be false, misleading, and deceptive. Why then does NARAL continue to repeat these faulty claims each year? Because pregnancy centers are making a difference in their communities and making abortion unnecessary. Through offering compassion, hope, and help –without conditions—our more than 30,000 staff and volunteers empowered women and men to choose life for their unborn children—saving more than 603,000 babies from abortion in the last nine years. At approximately $500 an abortion, that is more than $300 million dollars in lost revenue for the abortion industry. And since abortion is the only pregnancy-related decision that providers like Planned Parenthood get paid for, it is no wonder they should be concerned.

So, the next time a friend says that pregnancy centers “deceive and manipulate clients” remember the facts and feel free to share with them the Truth About Crisis Pregnancy Centers Report which will give them the story NARAL hopes they never hear.