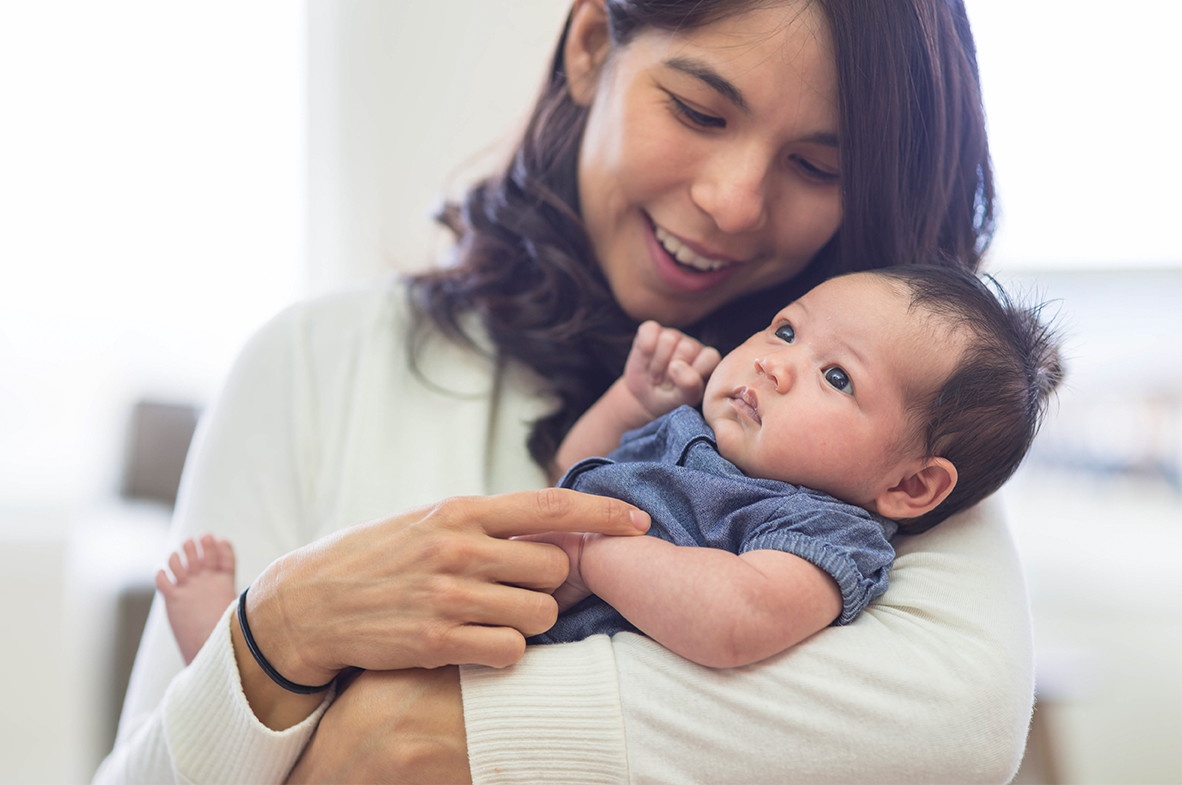 Allie’s* life was nowhere near where she wanted it to be. She was single, had two children, and was in a relationship that could best be described as “shaky.”

After four abortions, Allie promised God she would never do that again. Yet, she was pregnant once again. The first person she told was Jake*, her boyfriend. She was hoping he would be supportive, but instead he suggested she have an abortion. After all, she had two children, why take on another at this stage in her life?

Allie’s parents and Jake’s mother were more supportive and told her she should keep the baby, but talk was cheap and diapers weren’t. Allie decided to research the abortion pill. She saw an ad for the Pregnancy Decision Line and called to speak with a coach. The trained coach shared with Allie about the material resources available at her local Care Net pregnancy center and offered to connect her with their staff. Allie agreed and the coach made the introduction.

Allie’s story is all too common. Over 50% of women who have an abortion have had a prior abortion. In Allie’s case, each abortion failed to address any of Allie’s real needs and led to a subsequent abortion. Even though Allie’s family was supportive, she still considered a fifth abortion because she lacked Jake’s support. Women say that the most influential person on their pregnancy decision is the father of the child. When the father refuses to step up and be a father to the child in his partner’s womb, abortion is often the result.

Because of your support of Pregnancy Decision Line, a trained, life-affirming voice was ready and able to speak hope in the nick of time and break the cycle of abortion. When the PDL coach called Allie back, Allie said that she was going to keep her baby. The pregnancy center had been extremely helpful and she would NOT be having a fifth abortion!

Her baby is alive today because of you.

You, through your support of Care Net, are a leader in the fight for life... and ABUNDANT life.