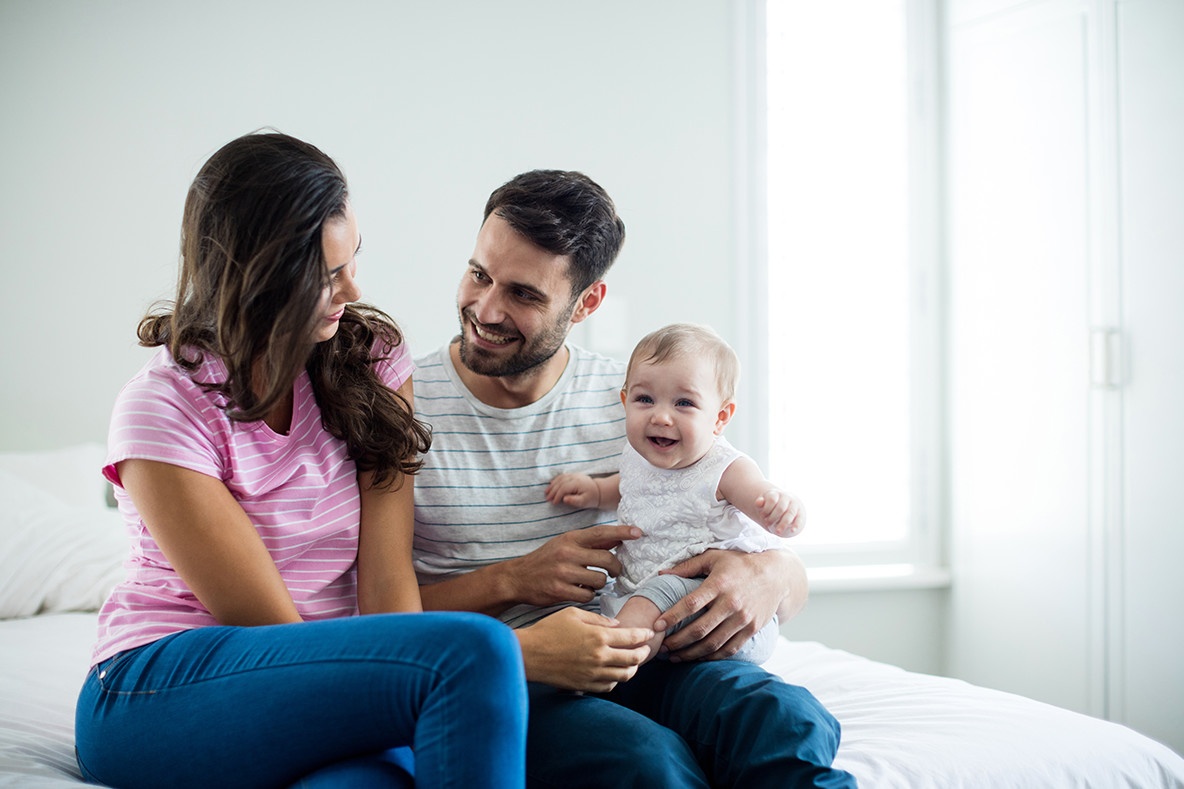 Just months away from college graduation, Krys* was distraught when two pink lines showed up on her home pregnancy test. Pregnant.

In her mind, a baby threatened everything she had worked so hard to achieve and the promising career that lay ahead.  Abortion felt like the only solution, so she started researching abortion procedures. During her Google search, an online ad for Pregnancy Decision Line (PDL) popped up and she decided to call.

When Carrie, Krys’s PDL coach, picked up the phone, she was ready for anything. As she explained the different types of abortion and answered Krys’s questions, she heard tears on the other end of the phone. Tenderly, she asked, “Do you want to talk about what you’re feeling?”

As they talked, it was clear God was opening a door to discuss faith. As Carrie asked about Krys’s spiritual beliefs, Krys shared that she’d always been turned off by the way church people “bash” each other and tried to steer clear of them.

Carrie agreed that people who go to church often fail to live up to God’s standards for loving one another. But then she asked Krys whether she had ever considered Jesus and His teachings.

“No,” Krys admitted, “and I’m not sure what I believe about Him.” But she was willing to listen.

So, Carrie shared the Gospel. When she finished, Krys said she wanted a relationship with Jesus! As they prayed together, this mother invited Jesus to be her Lord and Savior.

The next time they connected, Krys told Carrie that she and her boyfriend decided to carry the baby to term and were excited. She shared that she had been praying about everything and knew Jesus was the reason for her tremendous peace.

Krys’s story underscores why Care Net is committed to equipping PDL Coaches and affiliated Pregnancy Centers to recognize opportunities to share the Gospel and to do it effectively, with grace and compassion.

Krys called PDL distraught, but hung up a new creation…with the peace of Christ guiding her choice. That peace gave her the strength to make a well-informed decision and choose life. When people, like Krys, embrace Christ—everything changes.  Instead of returning with another crisis, they can return to serve rather than be served.

Thank you so much for helping make this story possible and for being part of the Pro Abundant Life movement!