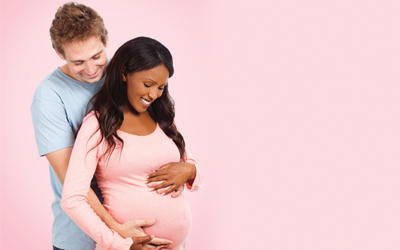 TJ & Fiona's Story: Miraculous Outcomes Are Worth the Wait...

TJ* was not ready to be a father. When his girlfriend Fiona* told him she was pregnant, he knew she was scared. He certainly was.

But as Fiona looked to TJ to help her decide their baby’s fate, he felt absolutely unprepared to be support her in the way she needed him to. So when TJ went online and saw the number for Pregnancy Decision Line (PDL), he decided to call and ask for more information about the abortion pill.

In research conducted by Care Net, over 60% of respondents said that the father of the baby was the single greatest influence on their decision to abort their pregnancies. Fathers are incredibly important in the life-and-death decisions that these mothers face.

When the PDL coach answered, TJ turned on the speakerphone so that his girlfriend could hear what the coach had to say.

He hesitantly explained, “We’re too young to care for a baby.” Fiona shared how she had always believed that abortion took a life, but she couldn’t see a way to possibly mother the child growing inside her.

The coach offered to send a digital copy of Before You Decide, Care Net’s magazine for women explaining pregnancy options and their risks. She also asked to call later to follow up with the young couple, as they were still actively considering abortion.

Hoping it would help them make a final decision, TJ said yes before ending the conversation.

Christ is in the Waiting

Calls to the Pregnancy Decision Line often end before a final decision is made. Coaches offer real-time support, but don’t always get to see the long-term impact of their conversations.

Over a year went by, and attempts to follow-up with Fiona and TJ in the months after that one call had gone unanswered. But then, the coach received an email from Fiona that said, “We decided to have our daughter thanks to your prayer and story.”

Futhermore, this mother was so moved by her own experience of choosing life when confronted by an unexpected pregnancy that she was inspired to do a research paper on abortion.

Because of your support of Care Net’s Pregnancy Decision Line, a pregnancy decision coach was available and prepared to offer Fiona and TJ the real-time support they needed to choose life for their unborn daughter… instead of an abortion pill.

Thank you for the incredible gift of your partnership in the on-going fight for LIFE for unborn children and Abundant Life for families!

* Names have been changed to protect the privacy of individuals.