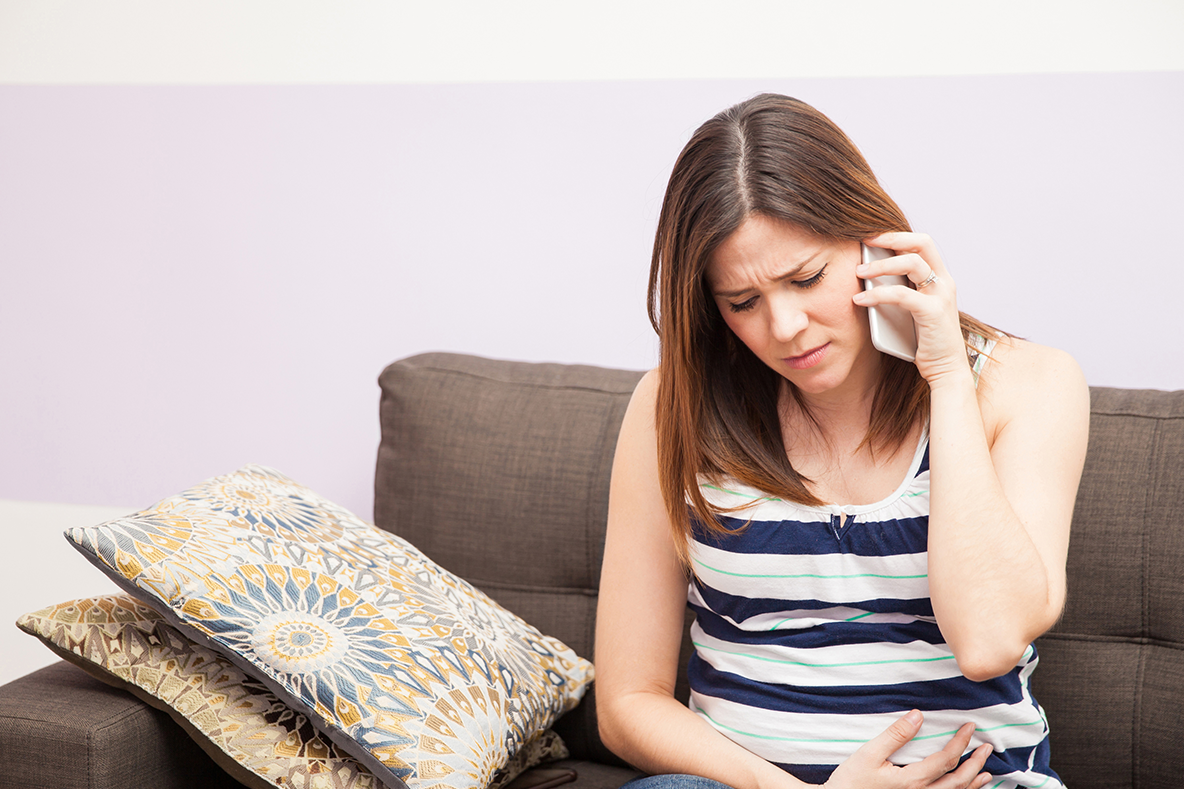 The Call to Courage: Von's Story

She was in danger.

Von* just found out that she was pregnant and her boyfriend was angry. She didn’t expect him to be thrilled with the news, but his yelling quickly turned to violence. He made it clear that he would do whatever it took to make sure she did not keep their baby.

Frantically, Von searched for help and found the phone number for Pregnancy Decision Line (PDL). She hated the thought of an abortion, but feared her boyfriend’s reaction if she didn’t follow through.>

The coach listened as Von said that she “was in danger of being harmed.” The pressure was on. But the PDL coach knew—thanks to the critical training that you help provide for all coaches—to gently recommend that Von visit her local pregnancy center for emotional and physical support, and to contact the police to report the abuse.

The more the coach talked, the braver Von felt. She could not abort their baby, no matter what her boyfriend threatened.

Von scheduled her appointment with the pregnancy center. The staff found her a doctor who could perform a free ultrasound and offered her the emotional support needed to break free from her boyfriend. Von told her mother and the police about the abuse and started looking for her own apartment, somewhere she and her baby would be safe.

Women at risk of domestic violence like Von often feel isolated and most are unaware of their local pregnancy center. PDL offers these women a safe place to share their difficult stories, as well as referrals to those local sources of emotional, spiritual, and material support.

Because of you, a coach to answer Von’s call and connect her to a local pregnancy center. The center was able to help her find a doctor, who showed Von her baby on an ultrasound and showed how well the baby was doing!

At that doctor’s advice, and for the sake of her and her unborn baby, Von found the courage to speak out. Her mother also came to her side to help support her. And together, they began looking for a safe place that Von and her baby could call their own.

If the PDL coach hadn’t been there to answer Von’s call… If the pregnancy center hadn’t been trained to deal with these types of high-risk situations… The situation may have ended very differently.

Thank you for offering the support Von needed through PDL and her local pregnancy center, enabling her to choose LIFE for her unborn baby and to find a safe environment for her family.

The on-going work of Care Net is made possible by the financial support of its generous donors. Please, help save the lives of unborn children by reaching parents considering abortion today.