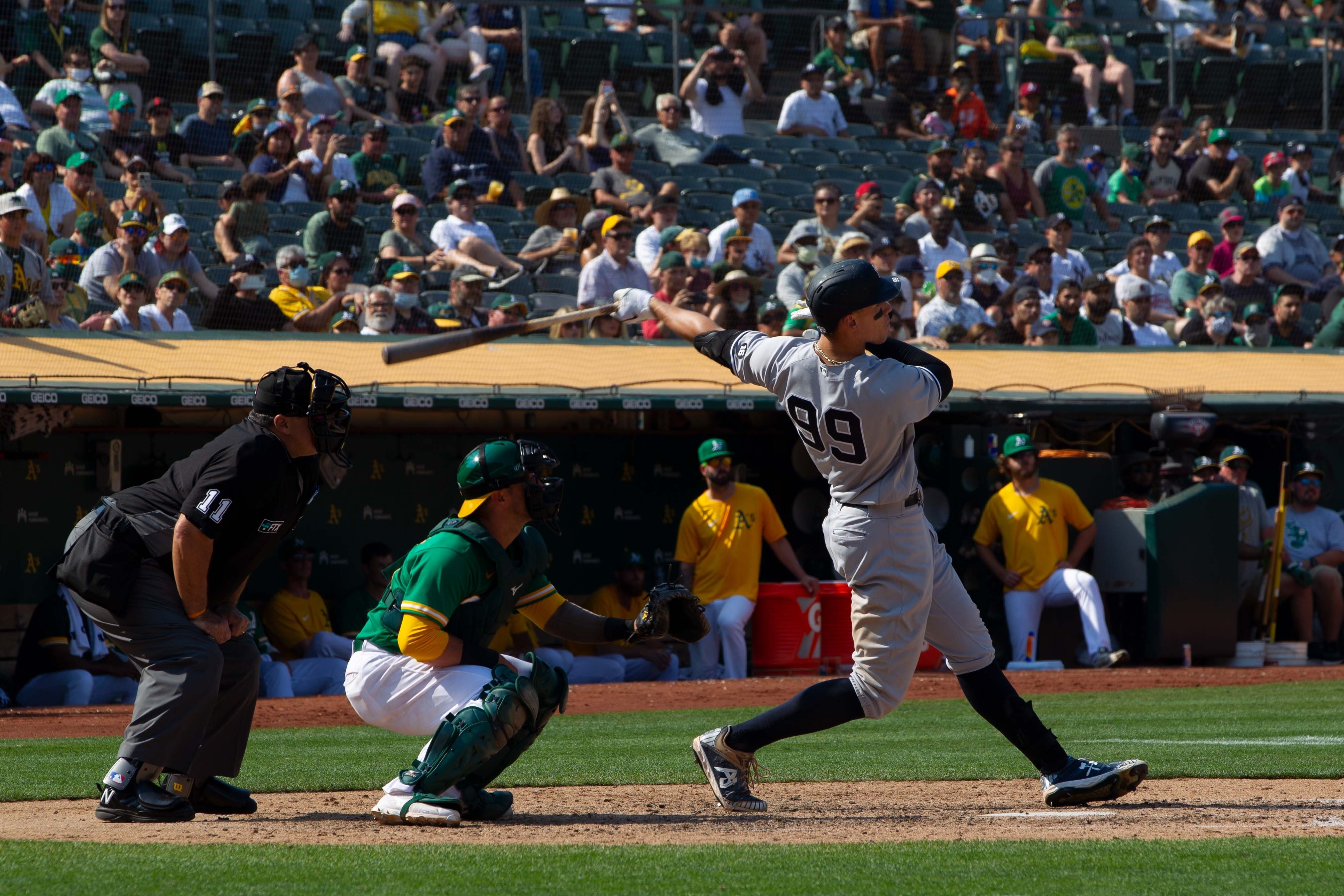 At six-foot-seven and 282 pounds, Aaron Judge is a mountain of a man. This past summer, the New York Yankees outfielder cemented his place in baseball history when he broke the American League single-season home run record.

Judge finished his epic campaign with 62 home runs, topping the American League and team mark of 61 set by Roger Maris in 1961; The iconic Yankee Babe Ruth owned the previous record, hitting 60 homers in 1927.

As Judge approached Maris’ record in September and October, he captured the attention of the baseball world and the country. Updates were given on national newscasts. Television cameras also focused on his parents, who would cheer him on from the stands as the pressure mounted. Soon, another storyline was highlighted by many pro-life organizations—Aaron Judge was adopted at birth. The humble giant who joined Ruth, Maris, and Mickey Mantle on the Yankees’ single-season Mount Rushmore was once a helpless baby, born to a mother in a crisis pregnancy.

In 1992, Judge was adopted by schoolteachers Patty and Wayne Judge in Linden, California, just a few days after his birth.

“I feel they kind of picked me,’’ Judge, told The New York Post in 2015. “I feel that God was the one that matched us together.’’ Aaron’s older brother John, a 36-year-old teacher now living in Korea, was also adopted by the Judges.

At age 10, Aaron Judge began to notice that he and his parents didn’t look alike. “I started asking questions, and they told me I was adopted and answered all my questions, and that was that,” Judge told the Post. “I was fine with it. It really didn’t bother me because [they are] the only parents I’ve known.’’

Over the years, Judge has credited his parents for the way he was raised and for the success he has achieved as a ballplayer. He is also quick to thank the Lord. His Twitter bio states, “Christian. Faith, Family, then Baseball.”

“The guidance she gave me as a kid growing up, knowing the difference from right and wrong, how to treat people and how to go the extra mile and put in extra work, all that kind of stuff. She’s molded me into the person that I am today.”

In a July 2022 People Magazine article, Judge recalled how he often played catch with his father, saying Wayne Judge has been there for him every step of the way. “He’s always been my hero, always a guy I looked up to,” he said.

“His mother and I just wanted him to be a really good person,” Wayne Judge told the New York Post. “But we knew from a very young age, as soon as we put a ball in his hand, that he had a lot of natural talent.”

In 2018, Judge founded the All Rise Foundation “to inspire children and youth to become responsible citizens by engaging them in activities that encourage them to reach unlimited possibilities.” The organization uses mini-grant programs, baseball camps, an aspiring leaders program, and other initiatives to impact young people in underserved communities.

At Care Net, we applaud Aaron Judge for his homerun record and the way he has graciously embraced his status as a role model. We also celebrate his adoptive parents and birth mother for their life-affirming, courageous decisions. As Roland C. Warren, President and CEO of Care Net, says, “It is one thing to save a baby. It is another thing to raise a child. And marriage is the God-ordained institution that provides children with the best chance to have an abundant life as God desires.”

In 2017, Aaron Judge quickly made his presence felt, hitting 52 home runs during his rookie season. He immediately became a fan favorite in New York with a “Judge’s Chambers” section devoted to him in the bleachers. Fans there wear black robes and white wigs and the phrase “All rise” is synonymous with the larger-than-life outfielder.

All rise indeed. The testimony and legacy of the Judge family is certainly worthy of a standing ovation.