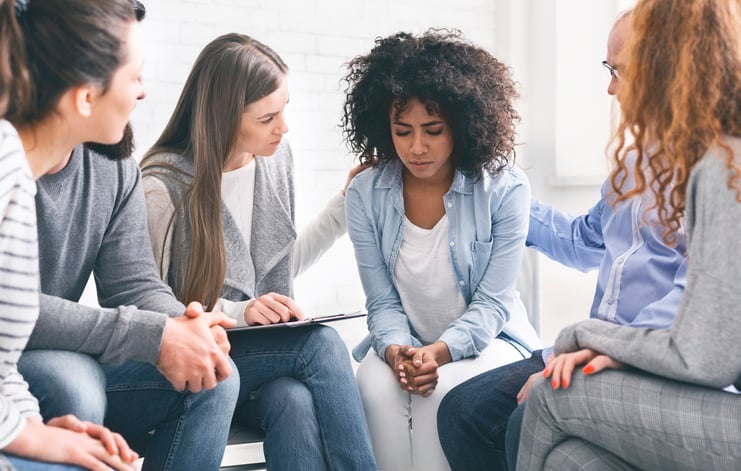 Reaching Those Who’ve Been Hurt by the Church

"Spirituality wrongly understood or pursued is a major source of
human misery and rebellion against God."
Dallas Willard

Last year, God gave me the fire to complete a book—and a handbook for discipleship of sorts with questions for small groups—called How I Became a Christian Despite the Church. It’s my raw, personal story of breaking free from the shame, abuse, and distorted views of sex associated with a particularly destructive, cultish, and harmful church called Berachah.

As you can imagine, my journey has given me a huge heart for those who have been hurt by the church. In fact, given the experiences my family, friends, and I suffered as a result of “following God,” I’m often surprised that my own faith is still standing. Incredibly, I’m now a Presbyterian minister and leader in a national Christian ministry that champions human dignity and reminds our culture that pre-natal men and women matter, too.

And, truthfully, despite the name of my book, it’s ultimately designed—without compromising honesty and depth—to show the beauty of biblical faith and build up rather than tear down. I want people to know that church experiences like Berachah weren’t God, shouldn’t be blamed on God, and—in synch with Dallas Willard’s quote above—were rather a rebellion against God.

With that background, here are ten essentials for reaching those who’ve been harmed or turned off by the Church:

1) Awareness: Yes, Jesus said he would build his church and the gates of hell would not prevail against it (Matt. 16:18), but as Jim Collins pointed out in his business classic Good to Great, “You must never confuse faith that you will prevail in the end… with the discipline to confront the most brutal facts or your current reality, whatever they might be.” And our best researchers inform us of the following:

Warren Cole Smith, President of Ministry Watch, weighs in on why some of this has happened:

“For centuries, Americans have seen Christians and the Church as a positive influence in the world. That is no longer the case. Today, the Church in America is facing a credibility crisis. In 1975, Gallup said 68 percent of Americans had a ‘great deal’ or ‘quite a lot’ of confidence in Church or organized religion. Gallup’s 2019 survey found that number was 36 percent…

The causes of this slide in confidence are many. And it is also true that no matter what we do, some people will despise a faithful, biblical Church. Jesus Himself was despised and rejected by those who hate the truth.

However, the slide in credibility of the Church over the past 40 years has more to do with hypocrisy than it does any heroic stand for the truth. In fact, people who have lost confidence in the Church often blame the bad behavior of Church leaders, including financial and sexual abuse scandals. Young people, in particular, have become discouraged with Church leaders who are quick to judge the poor and the powerless, but who tolerate and even encourage rich and powerful leaders whose behavior is clearly at odds with Christian teaching… [Christian leaders who do so] because it suits their own financial or political purposes.”

Even Tim Keller, one of the finest pastor-apologists speaking to the secular mind today, acknowledges that “millennials are turned off to the Bible because they are turned off by the Church.” The remedy for this, he says, is “not, of course, to make excuses for the Church. Rather, millennials will be helped the most in their attitude toward the Bible if they see the strength of the connection between the Bible and Jesus.”

2) Empathy: It’s at this point that we, as believers, have a choice. We can either be defensive and ignore these brutal facts, or we can acknowledge them, empathize where possible, and use them as a bridge. For example, here’s how I do that in the introduction of my book:

“…the church can be a mess and—worse—a real source of misery. I know. I’ve witnessed it. There are tons of hypocrites and even dangerous wolves in sheep’s  clothing. Lots of folks that are afraid of mainstream science and of learning from “secular” people. It often amazes me that those who read and study the least often have the strongest opinions about the questions that trouble us most. And then there are the emotionally unhealthy whack-jobs, charismaniacs, prudish “church ladies,” and end-times crazies, because, as N.T. Wright has observed, with religion “there is always the danger of fanaticism, of a self-induced and self-promoting ‘zeal’.”

It’s only after this honest acknowledgement that I try to introduce and offer myself as caring and credible guide:

“If you’re a skeptic or a seeker, or even if you don’t believe in God, I hope you’ll feel respected as you read this book. And I hope that what follows will challenge, surprise, and inspire you with love and meaning… I pray that this story of spirituality wrongly understood and pursued will give you—and all those you love—a trusted path to the former and discernment to avoid the latter.”

3) Care: In reflecting on the man who eventually led him to Christ, Saint Augustine in his Confessions wrote this about Saint Ambrose: “I came to love him, not at first as a teacher of truth, which I had utterly despaired of finding in Your Church, but for his kindness to me.” His words are a powerful reminder that not a lot has changed in 1,600 years: 1) There was a “…Despite the Church” factor even Augustine’s day and 2) People don’t care what you know until they know you care.

In the world of pregnancy center ministry, for example, we know well that an unplanned pregnancy provides a unique and often life-changing listening post in someone’s life. As a woman or man finds himself or herself hitched to their particular “crisis” (especially in the midst of a global pandemic!), they reach out in fear, anger, or despair and we have the opportunity to listen deeply, offer Hope, and point to realistic options and alternatives. Thank God for that!

4) Listening: One of my favorite Proverbs is “To answer before listening—that is folly and shame.” (18:13, NIV) On a related note, I recently heard clinical psychologist Dr. Diane Langberg, who has spent much of her life studying trauma and helping the church position itself as a healing community, say that much of effective therapy can be boiled down to a combination of “talking, tears, and time.” This is wonderful encouragement, because as agents of God’s presence and peace, we can facilitate healing conversations just by asking good questions and listening with patience and empathy.

5) Discernment: Indeed, we grieve for those who’ve fallen off the cliff of life and are in bad sorts, resulting from some unique cocktail of wounds, circumstances beyond their control, personal choices, and/or the chains of some addiction. We’re asking God to give us discernment—again, to ask good questions and point to the right things. For some the barriers are intellectual. For others, they’re reasons of the heart. Often, when trauma and religious abuse are involved, there is deep shame or a root of bitterness (Heb. 12:15) where Satan has gained a foothold (Eph. 4:27) and is actively in the process of scattering potential and legacy to the wind.

6) Prayer: This scattering of potential to the wind is what the Bible calls “sifting like wheat.” And what is the remedy? Jesus says to Peter, “Simon, Simon, Satan has asked to sift each of you like wheat. But I have pleaded in prayer for you… (Luke 22:31-32, NLT).” We can’t forget that “the prayer of a righteous person is powerful and effective.” It is not our strategic plan or power that can save… it’s not even our faith or prayers, but the powerful God they’re directed to.

7) Humility: As Jesus said, “Without me, you can do nothing” (John 15:5), and it’s at this point we should also enlist others to join us in prayer. Humility is seeing yourself as needing help and knowing that God has many tools in his toolbox. Prayer is the greatest demonstration of our dependence on his help, as well as our trust in his process: “So neither he who plants nor he who waters is anything, but only God who gives the growth (1 Cor. 3:7, ESV).”

8) Loving Community: Although we might get someone to pray a prayer, conversion is—more often than not—first belonging then believing. J. R. Woodward, in his Creating a Missional Culture, considers “the congregation, specifically the discipling space, as the agent of evangelism.” He goes on to say, “People first belong, then behave, then believe… Fruitfulness– ‘Has a community of character been created? Do we have God changing people’s lives?’—is a better measure [of a church’s success] than ‘butts, bucks, and buildings.”

9) Risk: We must remember that it’s the truth that sets people free (John 8:32). It’s also human nature to hide and blame. Add wounds associated with the Church to the mix, and some further isolate and quarantine themselves from any religious influence whatsoever. It is here—but only on a foundation of “knowing that we care”—that we often must take a risk. Indeed, as one professor I had once said, initiative is the essence of ministry. As the Apostle John gently admonished the Church in his day: “Dear children, let us not love with words or speech but with actions and in truth.” (1 John 3:18, NIV) In my own life, after a season of almost no talk and a whole lot of loving action, I gave my book to a family member who once was hurt significantly by the church and now hates organized religion. I asked him if he would be so kind as to give it a read and provide feedback.

10) Confidence in God: As I wait to see what happens and as you do the same with your own prayerful risks, we need to keep this at the front-and-center of our minds eye: no one is beyond the reach of the long arm of the Lord (Isa. 59:1). Further, only he knows the key to someone’s heart. Just like the apostle Paul’s church planting work with the wealthy businessowner, Lydia, it was the Lord who “opened her heart to pay attention to what was said...” (Acts 16:14, NIV) Truly, you can lead a horse to water but you cannot make him drink. In the same way, you can give a person a book but you cannot make them think. BUT… God can! Indeed, “Who is a God like you, who pardons sin and forgives the transgression of the remnant of his inheritance? You do not stay angry forever but delight to show mercy.” (Micah 7:18, NIV)

Friends, when it comes to reaching those who’ve been hurt or disillusioned by the Church, there is always hope. And, in truth, it’s often a crisis that’s the catalyst for a change of heart. With this in mind, let us be heartened that even if the wounds go deep and there is trauma involved, counseling professionals tell us that healing still boils down to “tears, talking, and time.” The Church that has tragically at times been toxic can also be a healing community.

As you reflect on the ten essentials above, may God bless your efforts and may your work facilitate many healing conversations. That is what I hope to do with my book. And, if you choose to read or share it, I pray that the powerful lessons in my story fortify your home, guard your family from unhealthy churches, and ensure your personal faith continues strong.