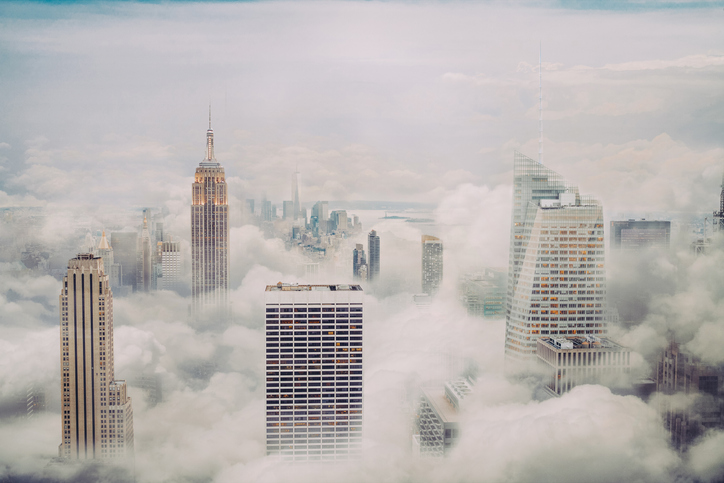 At last week’s Republican National Convention, a former Planned Parenthood center director turned pro-life advocate, Abby Johnson, captured the attention of millions with this one poignant line: “Did you know abortion has a smell?”

The smell of abortion. . .I wonder how many of us have ever thought about that.

Yet, smell impacts us. Scientists assert that of all the senses, smell is most closely associated with memory. God knows he created us this way and acknowledges the power of scent throughout the Bible.

Thanks to Abby Johnson, whose story you may remember from the powerful movie Unplanned, many people all over the country are stopping to think about how abortion smells.

Sadly, others will remain unaffected by its odor. In a response to Johnson’s speech, Cosmopolitan ran an article by a woman claiming she knew well the smell of abortion. But to her, abortion smelled sweet. She recalls the perfume of her procedure nurse, post-op saltines, and an assortment of experiences she believes she was able to smell and enjoy thanks to the freedom abortion gave her.

But each scent she describes only pours a bucket of Febreeze over the true stench of a life lost.

When Our Noses Got Confused

It’s no surprise that sniffing out the good from the bad can sometimes be confusing. This consequence dates way back to Genesis when Eve first ate the forbidden fruit. Though the serpent convinced her and Adam that knowledge of good and evil would make them like God, the actual impact of their sin had the opposite consequence. The freedom to decide for themselves what was evil and what was good—apart from God—would lead to hatred, chaos, and ultimately, death for generations.

This challenge continues to plague our culture. Some wrestle the temptation to classify good and evil based on their own experience. Others, without hesitation, call good evil, and evil good. Semantics, moral relativism, and truth twisting can make it a challenge to discern the good from the bad. Confusion surrounding abortion is no exception. Is abortion good if it makes one’s life “better?” Is abortion justified if the consequences are dire enough? The questions circle the issue, adding to the layers of confusion and masking the smell.

No matter what stories are spun, God is the supreme authority. He determines truth. In other words: God gets to decide what smells good to him!

Throughout the Bible, there are many references to sacrifices and offerings as being “fragrant” to the Lord. Exodus 29:18 talks about the pleasing aroma of the burnt offering to the Lord, while Ephesians 5:2 talks about Christ’s sacrifice for sinners as fragrant. In Philippians 4:18, Paul tells the church at Philippi that the gifts they sent were a “fragrant offering,” and a, “sacrifice pleasing and acceptable.” Then in 2 Corinthians 2:15, Paul again references our sense of smell by calling Christians the “aroma” of Christ.

But the Bible also references smell in a negative way. In Psalm 11:6, scripture tells us that those who won’t follow God’s way have eyes but do not see and noses but do not smell. In Isaiah 3:24, the prophet speaks of there being rottenness instead of perfume.

How things “smell” seems important to God. And, I wonder if that’s why this one line in Abby Johnson’s speech has made such an impact. I have to believe that to God, abortion must reek.

I must make one important distinction. I have deep compassion for every woman who has gone through an abortion. Please know that just because abortion smells foul, you do not! God gave Jesus as a fragrant offering to cover the scent of all of our sins—abortions included. We can all rest in his forgiveness and embrace the aroma of his grace.

Abby Johnson reminds us that abortion isn’t just unpleasant; it smells foul. Hopefully her powerful words will wake up a culture that has gone nose blind to the smell of abortion.