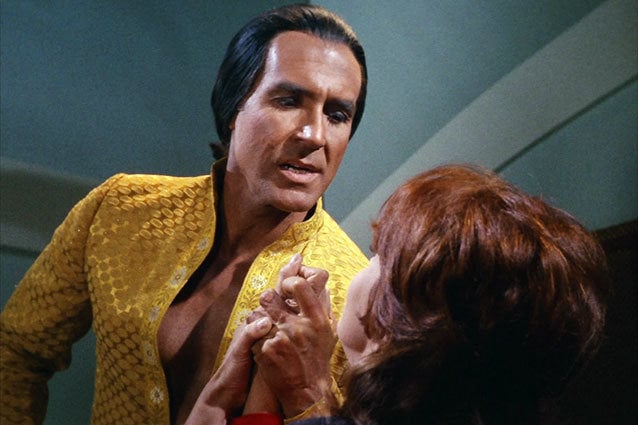 Did a Classic Star Trek Episode Predict the Scourge of Abortion?

What do you do when you are sick and can’t sleep at night? You watch reruns of old TV shows on Netflix, of course. 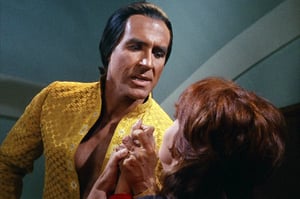 For me, this meant catching a few episodes of the classic Star Trek series on a recent sleepless night. Expecting some nostalgic entertainment that would slowly put me to sleep, I instead saw something that nearly knocked me off the couch (or was that the violent coughing?)

It was the iconic Space Seed episode, which first aired in 1967 and introduced the character Khan to audiences. Here is a quick recap of the plot from Wikipedia:

In this episode, the Enterprise crew encounter a sleeper ship holding genetically engineered superpeople from Earth's past. Their leader, Khan Noonien Singh (Ricardo Montalbán), attempts to take control of Enterprise to begin a new conquest.

Main characters Captain Kirk, Mr. Spock, and Dr. McCoy (aka Bones) spend much of the first third of the episode trying to solve the mystery of who exactly these hibernating people are. And it is during one of the conversations between Spock and Bones where I heard some fascinating dialogue:

SPOCK: No such vessel listed. Records of that period are fragmentary, however. The mid-1990s was the era of your last so-called World War.

SPOCK: Of course. Your attempt to improve the race through selective breeding.

MCCOY: Now, wait a minute. Not our attempt, Mister Spock. A group of ambitious scientists. I'm sure you know the type. Devoted to logic, completely unemotional.

Wow! Did the writers of Star Trek (in this case Gene L. Coon, Carey Wilber, and Star Trek creator Gene Roddenberry) predict what would become of our country and the world due to widespread abortion?

Let’s think about the historical context here. The show aired 7 years before Roe V. Wade and about 25 years before the mid-90s, which Spock later describes as “a strange, violent period in [earth’s] history.” Margaret Sanger, whose birth control organizations evolved into Planned Parenthood, died in 1966, the year before Space Seed aired. Sanger was infamously supportive of eugenics, as she believed that her efforts and the efforts of eugenicists would “assist the race toward the elimination of the unfit." Specifically, Sanger was a proponent of negative eugenics, “which aims to improve human hereditary traits through social intervention by reducing the reproduction of those who were considered unfit."

By 1967, the public debates on abortion that would culminate in the 1973 Roe v. Wade ruling were well under way. Journals were publishing articles on abortion. Alan Guttmacher’s research on the procedure was becoming widely known. States were starting to overturn laws that made abortion illegal. The writers of Star Trek were not working in a vacuum. They were wading into a brewing cultural battle, and, in my view, taking a pro-life position.

Am I reaching? Maybe not. Turns out, Star Trek creator Gene Roddenberry, while having, let’s say, “complicated” views on religion, was well-known for working Christian viewpoints into his writing. Again, from Wikipedia:

So, it is not unreasonable to assume that Roddenberry and his co-writers for Star Trek would have found any attempts to “weed out” “undesirable” people from the population to be disgraceful. And Spock’s line about the mid-1990’s being a “strange, violent period in your history”? What could be more strange and violent than our nation, in the name of “choice,” eliminating 1 million “undesirable” babies from its population every year through abortion?

It is very possible, therefore, that the show’s writers saw the writing on the wall regarding the coming legalization and eventual mainstreaming of abortion in the U.S. and most of the world.

After all, the mission of the Enterprise, and really the purpose of the show, was to “explore strange new worlds, to seek out new life and new civilizations, to boldly go where no man has gone before.” How can one recognize, let alone appreciate, “new life” in a far-off galaxy if we can’t even recognize and appreciate the new life that grows in the wombs of mothers right here on earth? It seems we would have to be pretty comfortable in our view of what life here on earth constitutes before there could be much significance to finding a single-celled organism on another planet and celebrating its life. At least that is what logic would dictate (hat tip, Mr. Spock).

And what struck me (perhaps the most) is that even in the turmoil of the 1960s, on a TV show that was considered to be very progressive, there was a shared ethic on certain things. So, I imagine the writers were not anticipating (nor did they receive) a hue and cry for putting a “pro-life” message into a prime time TV drama. Calling out the violence and immorality of eugenics and selective breeding was a given back then. Would there be a similar non-reaction today? Or would pro-choice advocates complain that TV writers were trying to limit “reproductive freedom” through propaganda?

Either way, the way I watch old Star Trek shows is forever changed… in a good way.  Going where no man has gone before has never sounded better.