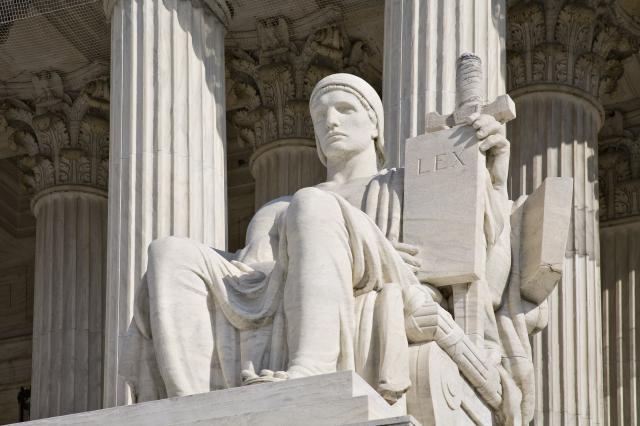 How Everyone is Overreacting About Justice Gorsuch

Despite the fears of pro-choice activists and the hopes of pro-life supporters, Justice Gorsuch won't change abortion.

Last Friday was a day for the history books. The senate approved President Donald Trump’s Supreme Court nominee after a contentious debate and filibuster. Neil Gorsuch is the second youngest Supreme Court justice in history at 49 years old. Prior to his nomination, he served eleven years on the 10thCircuit Court of Appeals and his judicial philosophy has been compared to that of the late Justice Scalia.

While Democratic leaders led a concerted campaign to discredit Gorsuch, labeling him as “extreme” and “dangerous” to women, their efforts ultimately failed to prevent his appointment. The Republican majority in the Senate invoked the “nuclear option” by changing Senate rules to allow Supreme Court nominees to be appointed by simple majority vote.

Pro-life organizations quickly heralded the appointment as a win for the pro-life movement. Gorsuch has defended the religious right of organizations that do not wish to cover abortifacient drugs in their insurance plans and wrote in his book The Future of Assisted Suicide and Euthanasia that, “All human beings are intrinsically valuable and the intentional taking of human life by private persons is always wrong.”

Ironically, these common sense statements were enough to get him attacked by pro-choice organizations as an “anti-woman” nominee. Once the news of his appointment hit the airwaves, Planned Parenthood president and CEO Cecile Richards wrote an “emergency” appeal letter to her donors. Her letter stated,

Justice Gorsuch has a history of going to extraordinary lengths to interfere with reproductive health and rights, and his alarming record and judicial philosophy leave no doubt that he will vote to restrict access to abortion.

Despite Cecile Richards’ fears, Gorsuch’s appointment to the Supreme Court will have no immediate impact on abortion supply or demand. We cannot forget that it was Justice Anthony Scalia’s death that caused this vacancy on the Court. Scalia was a renowned conservative and pro-life voice. Replacing him with another conservative pro-life justice simply returns the Court to where it has been for more than twenty years. While pro-choice activists lost the opportunity to swing the Court to the left on abortion, pro-life activists have not swung the Court either.

Even if Gorsuch were the first step in a lengthy process to overturn Roe, abortion would continue in the United States. Legal experts on both sides of the abortion debate agree: overturning Roe v Wade would not outlaw abortion. Rather, it would take the debate out of the hands of unelected federal judges and send it back to state legislatures. Every state legislature would have to decide what abortion access looked like for their state. Women in more restrictive states would be able to travel to less restrictive states for abortions and abortive drugs like RU-486 could easily be sold across state lines.

Regardless of the Supreme Court’s actions, abortions will still happen.

As pro-abundant life people, we know that the sexual revolution was primarily a cultural revolution. Overturning Roe, or even outlawing abortion, will not overturn unwed pregnancy, sex outside of marriage, absent fatherhood, or any of the other issues contributing to unplanned and unexpectedly complicated pregnancies. Laws don’t create the culture; the culture creates laws.

We must overturn Roe v Wade in our nation’s hearts if we are ever to see an end to the horror of abortion. After more than forty years of ministering to abortion minded women and men, Care Net knows the best way of changing hearts (and with them, culture) is the way Christ modeled in the Gospels: by engaging our community with compassion. Our confidence is not in a political party, legislative action, or judicial nomination. We place our confidence in the world-changing power of committed disciples living out a transformative love in obedience to an incredible Savior.

We recognize that if future judicial rulings make abortions more difficult to access, this will increase, not decrease, the number of women and men desperate for assistance with their pregnancies—increasing the need for pregnancy centers. As more clients come to pregnancy centers for assistance, there will be the need for more staff, volunteers, and supporters within the church to provide these new parents with the loving community they need to experience abundant life.

The work of the pro abundant life movement did not end Friday when the Senate approved Neil Gorsuch’s nomination, nor will it end if and when Roe v. Wade is overturned. As long as women and men face unplanned or unexpectedly complicated pregnancies, our society will need life disciples prepared to meet them with compassion, hope, and help.

So let’s continue to celebrate pro-life legislative victories and our new pro-life Supreme Court Justice, but let us never fall for Cecile Richards’ donor appeals. Justice Gorsuch cannot end abortion in America. That task is still up to us.